Mental retardation and speech development delay (MRSDD) in children – delay in the normal pace of the child’s psycho-emotional development, which is manifested in the violation of the function of speech and behavioral skills, weakening of memory and inability to concentrate attention, emotional lability/rigidity, in some cases, disordered motor function is observed. The cause of this disease is, primarily, disturbance of the central nervous system, speech and motor parts of the brain. The cause of pathology may be the following factors:

Parents should closely monitor the development of their baby and do not ignore the appearance of MRSDD symptoms. A timely treatment can significantly improve a child’s condition and help him or her to adapt to the society, and, in some cases, lead to a full recovery. 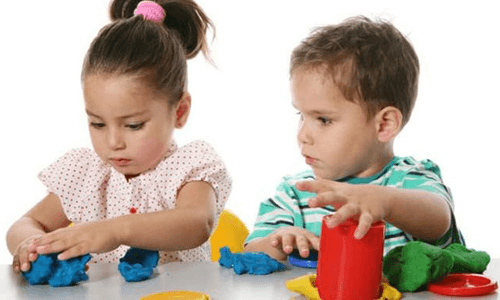 If the child is diagnosed only with speech development delay (SDD), then, as a rule, all the motor and mental functions of the organism develop according to his or her biological age. The intellectual and emotional development of the child is completely normal, but the speech skills do not correspond to the age norms for several periods. The child with the SDD understands and adequately responds to the speech addressed to him or her, is able to perform simple instructions (according to age), but he himself or she herself speaks little and does not use speech as an instrument of interaction with other people.

Most often, the diagnosis of “speech development delay” is set at the age of 4 years. Until this age, identification of the diagnosis can be difficult and manifested with obvious deviations, such as cerebral palsy, early autism, Down’s syndrome, hyperactivity syndrome.

Treatment of speech development delay requires an integrated approach and cannot be limited only to exercises with a speech therapist. It is necessary to consult with such specialists as: 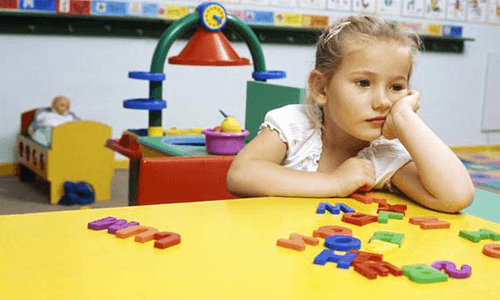 Program for children with speech development delay is designed not only for visits to specialists, medical treatment, but also for the use of physiotherapy procedures and individual sessions with teachers and parents. If you ignore the first symptoms of speech development delay and do not start treatment on time, then by the age of 5-6, a general underdevelopment of speech can be observed, which is much more difficult to treat.

What is child mental retardation?

Particular attention should be paid to the examination of a child who avoids contact with other children and adults – this may be a sign of very serious deviations in mental development. Child mental retardation is characterized by such serious deviations: 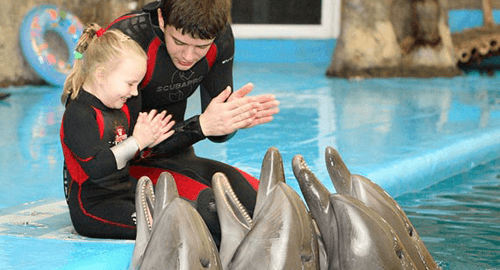 Treatment of mental retardation (MR) is, first of all, the identification of the pathology appearance cause and the absence of related problems (for example, in case of “disruptions” in the development of speech, it is necessary to check the hearing of the child). Individual treatment program for children with mental retardation requires not only medical treatment, but also adaptive training in specialized centers, under the supervision of specialists of different directions.

In addition to traditional methods of speech development delay and mental retardation treatment, it is necessary to use auxiliary methods of treatment that help the development of the psycho-emotional sphere, fine motor skills, thinking, attention. Complex correction of mental retardation (MR), as a rule, gives positive dynamics in the treatment of pathology and contributes to a partial, and, in some cases, complete recovery.

What is prescribed to children with speech development delay and mental retardation as an adjunctive therapy:

As practice shows, dolphin therapy for children with MR and SDD is one of the most effective methods of additional correction. Dolphins are mammals with high intelligence, whose cheerful and kind nature has been known since ancient times. As an alternative type of psychotherapeutic treatment, dolphin therapy began to be used in the 70s of the 20th century in America. Then the positive dynamics of treatment after communication of dolphins and children with Down’s syndrome was observed for the first time. Soon scientists of Japan, Germany and other European countries became interested in this technique, a comprehensive investigation of the interaction of dolphins and humans began. 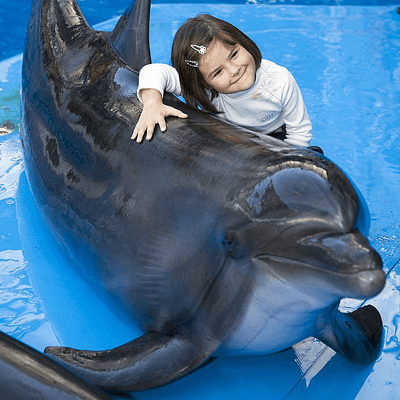 Rehabilitation programs for children with mental retardation and speech development delay are developed with the participation of psychotherapists, speech pathologists, veterinarians, pediatricians, swimming trainers. Communication with dolphins has a powerful positive impact on the child's psyche, because classes are held in the form of free game activity. Clever and friendly dolphins show attention and care for toddlers, allow to pat themselves, children to ride on their backs and strongly support the child's playful activity. This contributes to the development of motor skills in children, helps to move more easily in space, stimulates physical and mental activity.

As you know, dolphins “communicate” with the help of specific sounds, the frequency of oscillation of some of them is in the ultrasonic range. A kind of ultrasound therapy contributes to the activation of recovery processes at the cellular level. Also, a positive effect on the nervous and musculoskeletal system is provided by the hydro massage that takes place during the game with dolphins.

The positive result of the use of dolphin therapy is usually observed after the first sessions. Especially positive effect is shown in the treatment of stuttering and other logoneuroses. Children become calmer, get rid of fears, begin to absorb information more easily and adapt more easily to the children's collective. Reviews of parents whose children have completed a course of dolphin therapy with speech development delay and mental retardation mark a wonderful therapeutic effect and positive dynamics of treatment.