Dolphin therapy in the treatment of post-traumatic stress disorder 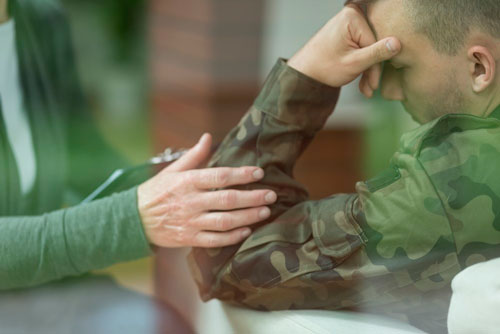 Post-traumatic stress disorder (PTSD) – is a stable violation of the psycho-emotional sphere that has arisen as a result of single or prolonged negative events that have had a strong impact on the psyche. These events include:

The disease can develop both quickly enough, during the first weeks after the tragic events, and arise in a sufficiently long time, provided that the individual falls into a situation similar to that experienced (delayed reaction).

Synonyms for the diagnosis of “post-traumatic stress disorder” are definitions such as “Afghan (Vietnamese) syndrome”, “survivor syndrome”, “military syndrome”.

Clinical studies have shown that signs of post-traumatic stress disorder of personality are determined by about 8% of the world's population who have survived a tragic event or series of events. The risk of PTSD is influenced by gender and age – children, older people and women suffer from post-traumatic syndrome much more often than men. Also, the development of the disorder  is affected by the social conditions in which the person is after the experienced stress.

Individual features of the psyche can be observed as an additional factor that affects the occurrence of PTSD in certain life situations. These events include the following:

Besides causes of post-traumatic stress disorder can be the following:

Diagnosis and treatment of PTSD in adults and children 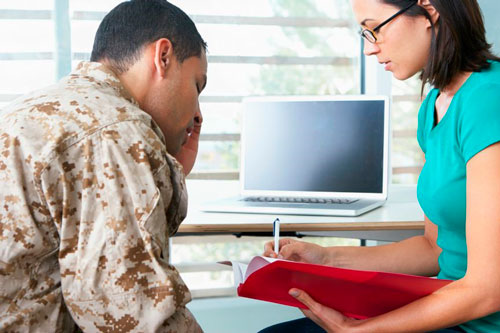 Post-traumatic stress disorders can occur in both adults and children. If you suspect a PTSD, you need to undergo a checkup from a psychologist or psychotherapist (psychiatrist). Diagnosis is based on patients’ complaints and identified signs of post-traumatic stress disorder. As a result, a comprehensive treatment of PTSD is prescribed, aimed at eliminating the identified symptoms and helping to overcome the consequences of psychological trauma.

Therapy of post-traumatic stress disorders is performed with the use of medications – antidepressants and antipsychotics, sleeping pills, as well as physiotherapy procedures (massage, exercise therapy, etc.). It is very important that during the treatment the patient should be surrounded by a calm, friendly atmosphere and experience positive emotions. For this purpose, in most cases, it is recommended that the patient’s condition should be corrected with the help of auxiliary methods:

Dolphin therapy as a method of PTSD correction

In modern medical practice, dolphin therapy is increasingly being used as an effective method of correcting post-traumatic stress disorder in children and adults. The method is based on the interaction of a human being and the dolphin in a relaxed, playful atmosphere in which sessions take place. 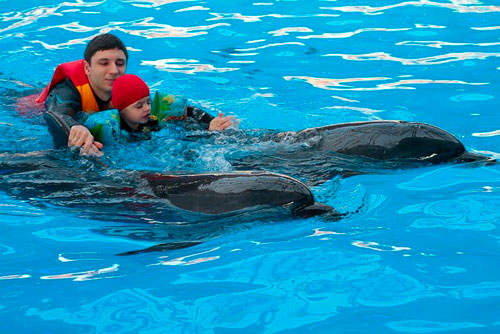 Dolphins are intelligent, highly organized mammals known for their friendly attitude to people. Their cheerful and inquisitive character causes positive emotions both in children and adults and helps to relax as much as possible in the course of sessions. Dolphins by their nature do not tolerate violence and are absolutely non-aggressive towards a person, so in the course of sessions a kind of “friendship” between a person and an animal is built. This point is very important for patients who have suffered psychological trauma – kind and attentive to humans, dolphins help overcome psychological barriers in communication, isolation, and relieve the feeling of loneliness.

In addition to the emotional component, there is also a physiotherapeutic communication with a dolphin: 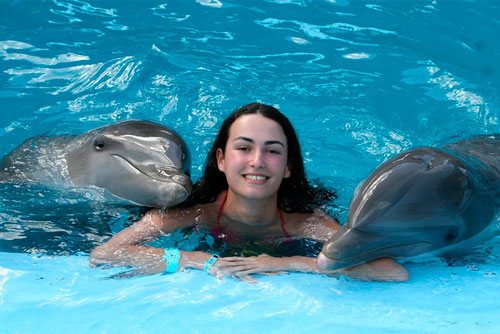 In the network of Nemo dolphinariums, corrective sessions are conducted for patients with post-traumatic stress disorder. In the development of the training program, qualified specialists in dolphin therapy, psychologists and defectologists, swimming trainers and, of course, dolphins which have received special training.