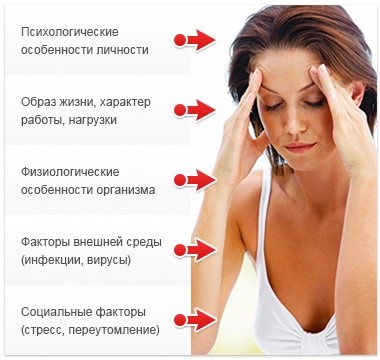 The following factors can be observed as the causes of asthenic syndrome:

In addition, asthenic syndrome can be caused by a violation of metabolism in the body, a deficiency of vitamins and nutrients and excessive expenditure of energy. Nowadays, there is an opinion that the development of asthenic syndrome in adults and children can be influenced by prolonged work at the computer (computer addiction), constant watching TV or dependence on other electronic gadgets (smartphones, tablets, etc.).

Chronic fatigue syndrome can significantly affect the quality of life of the patient and the people around him or her, so it is considered a serious psychosomatic disease that requires comprehensive treatment.

The syndrome of chronic fatigue, despite its name, can develop both in children and in adults. Asthenic syndrome in children most often develops in the setting of defatigation (loads in the learning process, rapid mental development, etc.) and is difficult to diagnose. 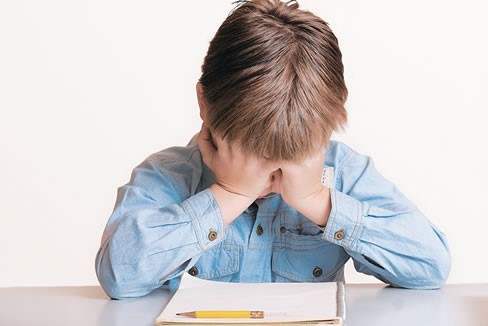 In adults, as a rule, the symptoms of asthenia are much more pronounced, so treatment can be started at an earlier stage (under conditions of prompt referral to specialists).

Manifestations of asthenic syndrome in most cases are observed in the second half of the day, and by the evening they reach maximum manifestation. Patients complain of severe fatigue and the inability to concentrate even after a long rest.

In case of physical exertion, weakness and apathy are noted, a lack of desire to do any work and a decrease in concentration. When doing exercises that require mental effort, there are observed loginess in decision-making, absent-mindedness, irritability, memory impairment. 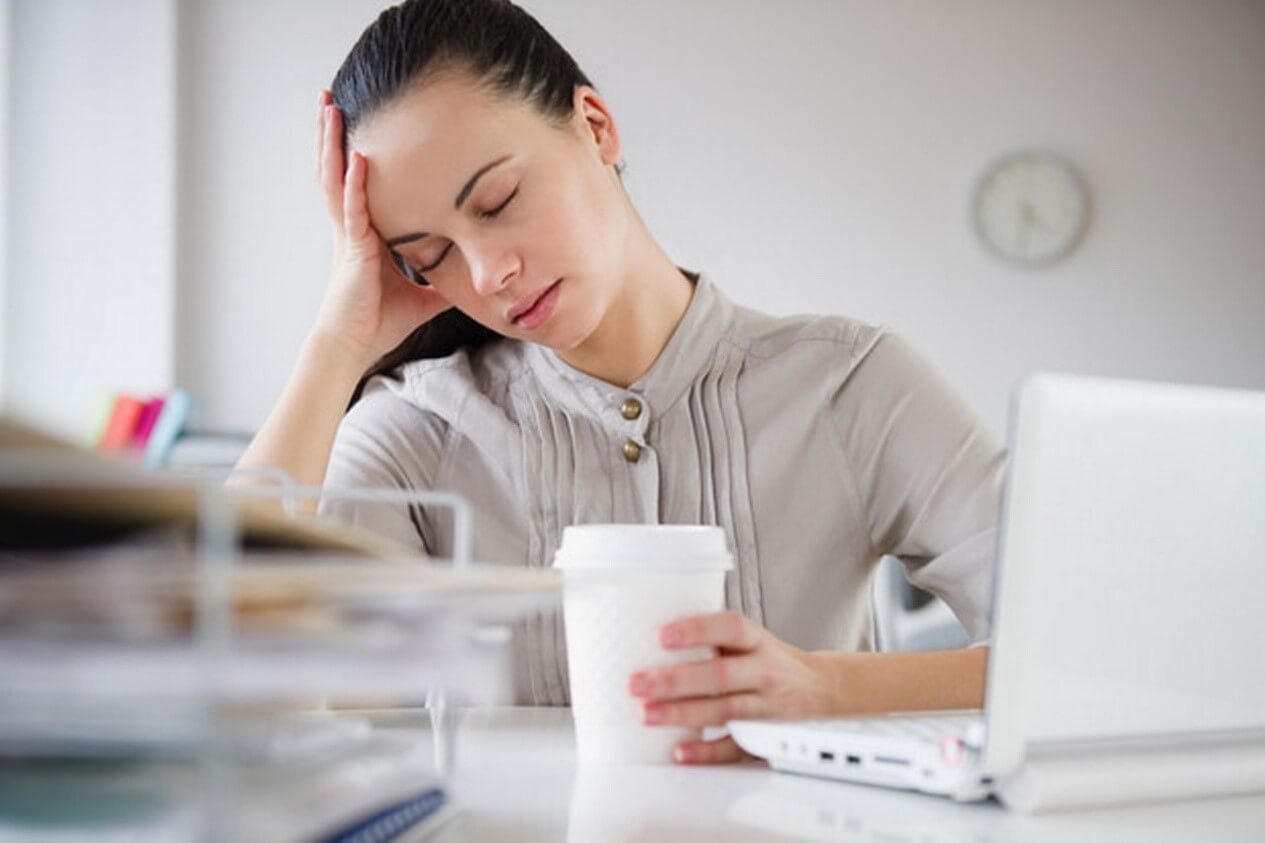 Long-term emotional stress leads to an increase in symptoms, which, in the final analysis, can trigger the development of depression, neuroses, neurasthenia.

In addition to “alarm bells” from the nervous system, symptoms of chronic fatigue syndrome are such vegetative disorders:

Chronic fatigue syndrome can accompany the initial stage of such serious diseases as:

What if you noticed symptoms of chronic fatigue syndrome? Diagnostics of asthenia includes a comprehensive examination, the purpose of which is to identify the pathology that caused the onset of the disease. For this purpose, consultations are arranged with such specialists as a neurologist, cardiologist, gastroenterologist and other highly specialized doctors. Similarly, clinical and biochemical analyzes of blood and urine, incl. determination of the sugar level.

Classical treatment of asthenic syndrome includes compliance with the regime of the day and the patient’s giving up of bad habits. When a disease is detected – the asthenia catalyst – a specialized diet and physiotherapy procedures can be prescribed. It is also recommended eating foods rich in vitamin B and tryptophan (meat, bananas, beans, cheese and cottage cheese, dairy products, etc.). Amino acid tryptophan responds to the normal work of the nervous system – sleeping, relaxation and emotional state, and it is the source of “hormone of happiness” – serotonin.

According to experts, the process of rehabilitation in case of the syndrome of chronic fatigue subsides much faster if the patient experiences bright positive emotions. That is why very often, apart from the traditional treatment of asthenic syndrome in adults and children, auxiliary treatment is prescribed: art or music therapy, massage, animal therapy, etc. As practice shows, the most effective alternative treatment can be called dolphin therapy. It is successfully used as an auxiliary correction in the treatment of such serious diseases as delay in psycho-speech development in children, Down’s syndrome, autism,  etc. The use of this type of therapy in the treatment of chronic fatigue syndrome also gives an excellent positive effect, which is confirmed by numerous reviews of both patients and specialists. 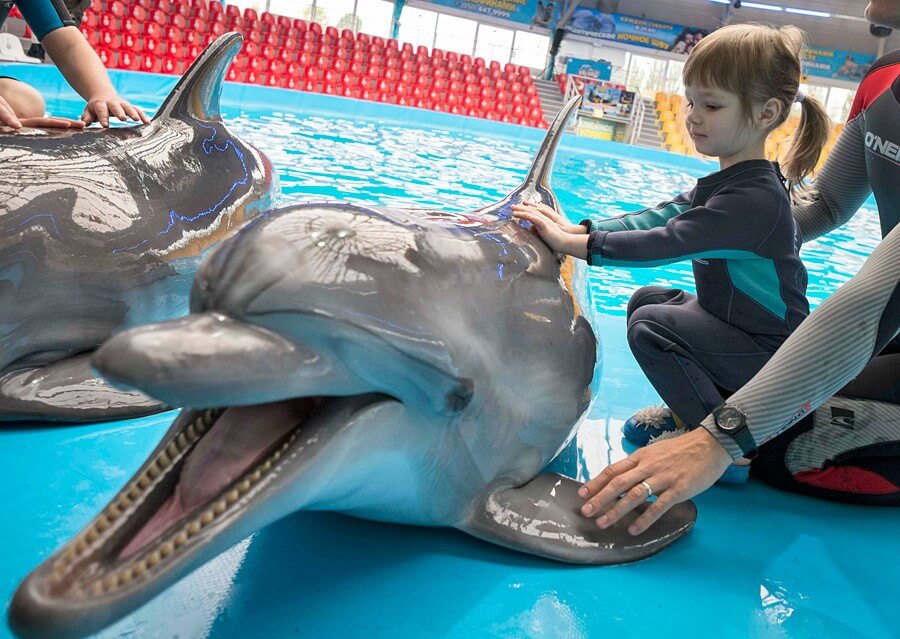 Dolphins are unique highly developed mammals with the ability to inter-species communication. Based on observations of the behavior of these animals, scientists concluded that communication with dolphins positively affects the psycho-emotional state of a person. By nature, dolphins have a positive and inquisitive character, that's why they gladly contact with people – they support game actions, allow to pat themselves, ride kids and adults.

Dolphin therapy has both psychological and physiological mechanisms of impact on adults and children with chronic fatigue syndrome:

In the dolphinariums of the Nemo network, specially trained animals, which perfectly respond to commands and are able to interact with both children and adults, “work”. Qualified specialists – dolphin therapists, psychotherapists, swimming trainers will help to make an effective program of studies considering the recommendations provided to the patient in the medical institution. 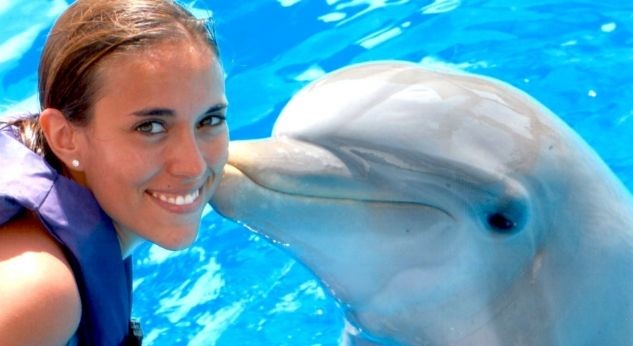